As an open source product, WordPress is made, and refined in a community of volunteers and enthusiasts who collaborate across time and space not just as engineers on the codebase, but in cohorts of designers, translators, marketers, customer supporters, teachers, trainers, and technical writers (among other things). Until early in 2020 we had been a community in the habit of gathering regularly in person to talk about how we use WordPress, how we can improve it, and how we can share it. Of course, all that has changed in this current global climate.

Because this meant I wasn’t traveling to or running community meetups or volunteer led conferences we call WordCamps, or in fact, preparing talks for or other industry events, my thoughts turned to contributing to WordPress in other ways. Fortuitously, the realisation of the vision of a WordPress release squad of all female identifying members came about when I had this available time and made it possible to satisfy my curiosity to see how a community gathers around the building of core WordPress software.

Writing and submitting code to make WordPress better, more performant, and more secure is what one might primarily think of when discussing contributing to core (i.e. building WordPress!). In actual fact, delivering that code and shaping it into a deliverable release requires more than just engineering. It requires design, project management, administration, technical writing, testing, reporting, support, documentation, marketing, mentoring, and the list goes on. As a consequence, and in choosing to respond to that call to contribute, I felt that somewhere within this process there’d be scope for me to be able to make a meaningful impact.

The team putting together the release squad for WordPress version 5.6 thought so too and I joined the squad as the Release Co-ordinator. This is an administrative role, supporting the release team, organising and documenting meetings and schedules, and helping smooth the process of putting iterations of our code out into the world, from beta version, release candidates, through to making the final complete version of the software available for download. Basically, a role that leans neatly on my experience as a project manager. I’m also fortunate that Human Made recognises the value of contributing to WordPress as well and as such, I was able to schedule some of my work time to allow me contribute inside of my working hours.

47% of the labour force are made up of women, but only 27% of the technology workforce is made of the same.

An audit of speaker lineups from major technology conferences revealed that, on average, only 27 percent of keynote or standalone speakers were female.

The signature of this release in particular was that all the roles within the release squad were held by female and/or non-binary identifying people. We know that there’s a significant gap in representation when we consider that 47% of the labour force are made up of women, but only 24% of the technology workforce is made of the same. So this was a deliberate effort to increase gender diversity in participation and smooth the path for those who might not have felt the entry into contributing in this area easy. While there was some predictable resistance in small corners of the community, by and large the cohort was welcomed and dived in with stellar support from each other and from experienced contributors.

What was the end result?

After 3 months of working together, of finding and fixing bugs, of revising and refining the inclusions in the release, WordPress 5.6 was finished and released. As is customary with all releases of WordPress it was named for a Jazz luminary, and in keeping with the female forward theme it was named  ‘Simone’ after singer, songwriter, and musician, Nina Simone.

The release also allows for auto updates to be turned on from within the WordPress dashboard instead of relying on a developer to add code for it. For those using the block editor there are some built in block patterns that help support complex layouts and finally, a new plugin to give you a head start in declaring your site’s commitment to accessibility.

There are also important provisions under the hood to allow authentication with WordPress’s REST APIs using Application Passwords, first steps towards supporting PHP8, and ongoing incremental updates of JQuery in WordPress.

For many of our customers these improvements may not have an immediately noticeable effect on their websites, particularly as much of what we do together is driven through our Altis platform or bespoke work. Of course, scheduled updates to WordPress sites will occur as arranged with your team, or according to your version of Altis and if you have any questions about these and any other updates, please reach out to us.

If you wish to read more about the release, this article on WordPress’ core blog goes into detail here if you’re interested.

What did I learn?

From my place in this process I got a first hand view of just how many people go into making the software that is powering nearly 40% of the world’s websites. In this release that number was 605. Significantly, and I believe because such an effort was made to make this release diverse, 39% of those people had never contributed to WordPress core before.

I know that change takes time, and for many putting their toe into the water to test out this release will give them as much of a view as they needed and they’ll keep moving, but I hope that as many, if not more, will have had their appetite for contributing whetted and this release may open the door for many more contributions in the future.

I gained a deeper understanding of the experience of our developers who have and continue to contribute to WordPress in significant ways.  I have a better understanding of the language used when talking about WordPress releases and a deeper knowledge of ‘how the sausage is made,’ which can only benefit us going forward as I take the opportunity to share that knowledge with the teams I work in.

I’m proud to have been a small part of facilitating that new light in the eyes of new contributors as they see their name on the roster for the first time, hopefully igniting the fire inside them to contribute again. And where that contribution happens in under represented groups, even more proud.

Finally, I am hopeful that the seeds we’ve sown in this release will bear great fruit in the releases to come.

I’m so appreciative to Human Made to have had the opportunity to participate in this release, very delighted to have our name associated with that of ‘Simone’ and extremely proud we have such a strong resolution to contribute to the software that is building not only our business but the businesses of our clients and customers.

Attention turns now to WordPress 5.7 which is due for release in March of 2021, if you’re interested in following its progress, you can do so here. 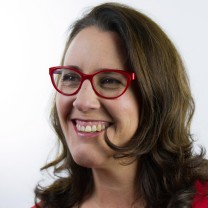 Dee Teal a is Senior Project Manager at Human Made (makers of Altis DXP), usually found wrangling teams in the Asia Pacific region. She is a New Zealand born Australian, living in Melbourne who drives an English classic car.